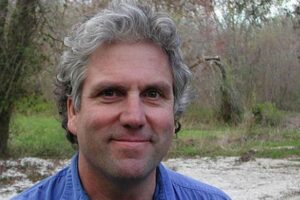 Steve Clark grew up on Ram Island in the middle of Marion Harbor. This simple fact accounts for much of what he has done in his life. When every trip begins and ends with a boat ride, your fundamental relationship to and understanding of boats is deeper and more broad reaching. For Steve, this didn’t stop with just being competent on the water, but involved all aspects from design, construction, performance, maintenance, history and culture. Things that float, and particularly things that sail, have never been far from the front of his mind.

Very early in life, the pattern of breaking and remodeling boats established itself. This may have been due to a congenital inability to follow directions. It may have been a function of curiosity, and a belief that everything can be improved. Sometimes it was driven by the necessity to improvise a repair or to incorporate something different. Cannot say, but it drove his older brother Bill, who taught him how to fix things, absolutely nuts. Steve could not just put it together, he had to change it.

After graduating from Cornell, Steve tried to be a teacher, and wasn’t any good at it. As a result he found himself in a shop building boats that he wanted, but no one else would build. These were International Canoes, something like an exotic cross between a rowing shell and a trimaran. They are rare boats that are very hard to sail, and quite tricky to build. Steve found one in 1975 and fell in love. He wanted to share the thrill with others and determined to build them professionally.

A master in the production and fabrication of carbon fiber products, Clark guided Leguia through the final stages of developing what is now known as the Luis & Clark Cello. it was his connection to sailing that led Luis Leguia to Steve

“He was recommended to me,” says Leguia. “I had been in this for five years when I showed him all three of my cellos. He was very excited and just fascinated by the potential of things like this. He was enormously helpful in getting things started and, along with a couple of his colleagues, perfected my molds. His colleague, Matt Dunham, is now fabricating them for us.”

Steve Clark is Chairman of Vanguard Sailboats, the U.S. leading builder of dinghies. From their plant in Portsmouth, Rhode Island Vanguard hold the US and Caribbean licenses to build the Laser and produce a wide range of boats from Optimists and 420s to Laser 2s and Radials to their own homegrown Zuma, Vanguard 15 and the double trapeze Vanguard Vector skiff. Personally Clark is a massive dinghy enthusiast and has sailed in a wide variety of classes. Clark designed and built the “C” class catamaran, Cogito, which holds the Little America’s Cup title.